Be scene, be herd 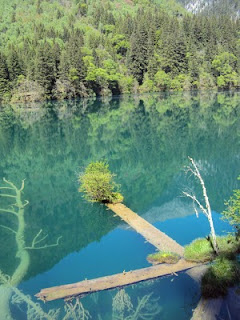 I've come back into my home with the moisture content in my clothes weighing more than that of cotton of which they were made. It was a day where I spent most of my time in an air conditioned office but the small time in between air conditioned places makes a big difference. The maximum temperature is now consistently scrapping past thirty degrees and the humidity sustains itself despite the heat. So far I haven't had any trouble with it - it's just the comfort factor of wearing pants and long sleeve shirts to and from work. Rumbled tumbled thunder intones from the murk. Now thunderstorms are sweeping the city so I've opened the curtains and turned off the lights to appreciate it. It is 2am with 23 degrees, and 100% humidity now.
My cantonese is very much on the up-curve. I could just hear words before, especially the Mandarin analogues (originating from a common ancient language there are words that are directly related but sound rather different). But now my mind is stringing words together and thus meaning is gelling together. I've overheard two phone calls understanding more than just the gist recently, and I've started ordering food and buying in Cantonese, even unwittingly to unfortunate service staff from other provinces who don't speak Cantonese natively - they understand, nonetheless. Poor Mandarin will linger in the margins of my mind. Lightning camera flashes explode from my hind. Internet cantonese radio chatters in the midst.
I don't know if I've mentioned the back alleys but now they're my highways. Chinese neighbourhoods, especially the older ones, have little lanes dicing communities providing the populace with ways to race to the main arteries of the city. The alleys themselves are a picture, a microcosm, of life, dotted with random shops, with the mandatory street seller plying their trade of fruit or pirated DVDs in front. It feels exceptional to have them mapped down to the very guy harking on the corner. I feel safe scurrying through there, occasionally seized by the moment to buy random stuff like loquats and mangosteens. Part of the way is along a stinky river which I no longer appreciate the stench of. It is just a pleasure. To walk past the meandering stream, wander through the muddling denizens is something I really might actually miss. In this increasingly steamy environment, a portion of the local men choose to do go without shirts, or at least do what can only be called a paunch-show, perhaps one can tell the temperature by the percentage who choose to do so.
I've been rejected for a second time for a credit card which is rather annoying, and now will go to the travel agency to buy a ticket for my next adventure: Chongqing and Sichuan in central China. It will work out as a time to cool down with temperatures merely in the low to mid 20s.
Posted by Crypticity at 2:06 pm 2 comments: