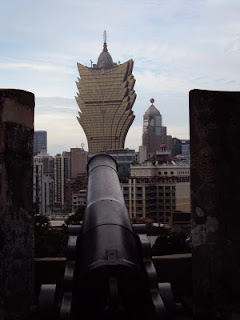 Watching Phoenix Satellite TV, I got to hear the mangled English of John Key, the bouncing jumps of a haka powhiri and the sight of the Chinese Vice-President, Xi Jinping, speaking about New Zealand and China's relationship in Auckland, it is easy to see that NZ as small as it is does register well here. News from home does register here. My students knew that New Zealand drew with Slovakia in the World Cup. Even the sad tale of a slain Chinese high school registered. Though the occasional student couldn't say where the archipelago of NZ is, most know that it is a very beautiful place.
Kiwidom is in fact flowing through my school at present. We may have the only three kiwis in all of the Guangzhou schools in my chain, the latest arrival, a teacher from Christchurch, also continues the tradition of us snaring all the proficient Chinese speaking international teachers. In addition to him, one of our local teachers also went to Victoria University and identifies strongly with New Zealand so we're probably more New Zealand than American.
That being said, I'm leaning myself away from this centre that has been home for the last seven months. I'm a strong candidate for a senior teacher position at another school in the chaim. I've been fortunate to have received a national award to strengthen my bid for the job and it may be up to me not to make a mess of an interview to secure my next position. Going to another centre, as uprooting as it may be, is essential for my growth as a teacher, to see how others operate, and give me the experience to possibly in this time abroad take the reins as a Director of Studies in my own right. Also, my school, though comfortable, is not necessarily the best place to develop. I want some professional pressure to improve myself and the possible position will ensure that is the case. I won't be top dog there, and I'll have a Director of Studies who is legendary for his punctiliousness.
But it is best not to get wrapped up in work, and with a fortunately timed national holiday I set off to Zhuhai and Macau to let off some steam for three humid days. These are two cities on either side of a historical border. Macau was once a Portuguese colony that was only returned back in 1998; Zhuhai was its "Mainland" neighbour who benefited heavily from its proximity to a formerly western trading port. Unlike Hong Kong which has many million people, Macau barely registers as a city bar its historical significance. It is now famous for casinoes but has more going for it than just that - it is quite a pretty little peninsula. I drank lots of port and ate egg tarts by the half-dozen. One night I had a great dinner almost alone except for my travel companion in a restaurant. The awesome service staff climbed out from behind the bar and bearing guitars gave us a rather impressive exhibition of song and music. Occasionally they fused a Chinese song with latin guitar. They merged their voices in a resonant harmony. They sang from classic to recent, and never seemed to miss a beat for their appreciative yet small audience. Food, or at least the atmosphere in which food came, was the greatest feature. Again I could have a cafe-feel. Again I could appreciate food in a room designed for ambient austerity, not hustle and clatter, where service helps but never crowds and often genuinely smiles: A western service concept.
And the whole time the mercury crawls ever upwards. It is not yet the "hot months"; it is merely rather hot. It was 29 degrees at midnight last night and now at 9:30am it has again crossed that on the way back up, probably to peak at 34 sometime in the afternoon. I may be beginning to be physically affected by the constant swelter - my stomach is not itself and I'm occasionally dehydrated; but overall I no longer feel annoyed by it. Many of the local men seem to have the whole day shirtless. I wish I could. On my trip I saw people in the water at a beach. I wish I could be there too. I can only shut my eyes and imagine being tumbled by a wave of cold salt water at Port Waikato.
Posted by Crypticity at 1:39 pm No comments: