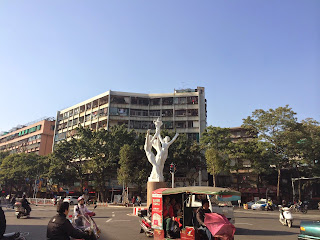 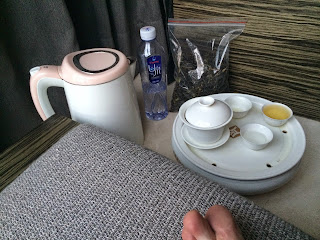 Posted by Crypticity at 2:11 pm No comments: 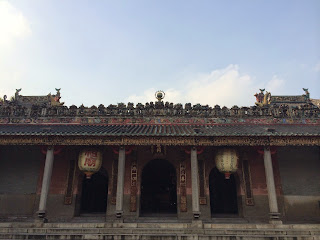 "It's gettin' cold out," a member of my mostly American crew said as she puffed her way into the office. She'd arrived in July - the middle of the long summer, and now was getting a taste of the cooler end of the year. The coolness really does become obvious in December with just a couple of burps of warmth. January and February get the brunt of the damp coldness but late February and early March often have quite summery weather. Two of the five Chinese New Year periods have been t-shirt weather.
Things have changed a lot in the twelve months since last Christmas. Back then I was just managing the one centre with seven mostly happy staff (including three Brits and one American). I was quite content with what I was doing - but with a slight malaise from work. I'd started to become very comfortable and my trusted regional manager had resigned, and someone I didn't particularly think was up to the job had taken over. My health wasn't anything to write home about - I had this habit of only getting weighed in Qingyuan on a very standard set of scales and it only showed a steady increase even when I thought I'd been more active. My Chinese ability was ever increasing, not as quickly as I'd have wanted but with enough progress never to be too disappointed. I was reading novels without difficulty and slowly getting better at handling functional Cantonese.
Now I manage (at least temporarily) two centres with a total of seventeen teachers. Once one centre closes in the first part of the year, I'll be down to about eleven or twelve. My regional manager has resigned suddenly yesterday  and with immediate effect, leaving a vacuum. After the initial setback of breaking my knee, rehabilitation has got me to a state of health even better than what preceded the break: I'm the leanest I've been in about four years (which doesn't say much) and can run fifteen kilometres, pending the happiness of my joints and ligaments. As for Chinese, my Cantonese is now more than just functional but is conversational, too. I can sit down and talk about all sorts of things for a badly accented hour, at will. If it weren't for the craziness of a immigration case manager, this year has been rather successful.
Next year will be an interesting one. Depending how our last ditch attempt to get a residence visa goes, it'll either be a rush to New Zealand or an increasingly appealing Plan B. That plan B might revolve around settling in for another year, buying an investment house and travelling more. I'm feeling confident in my management ability and depending how the whole management situation goes, I might be ready for another step up the chain of command. It could be a good year to aggregate a little capital. Travelling will finally become easier with a big change in the leave policy: I'll have another 5 days of leave to bring me to a total of 20 days. It'll be possible to go back to New Zealand AND travel for leisure in the same year, while also having some domestic family time (Chinese New Year). Either way, it should be fun regardless of what that heartless case manager decides.
In Chinese terms next year is the year of the goat, my benmingnian （本命年), the same animal year as that which I was born. It is sometimes said that there is a higher chance of bad luck. We'll see.
Posted by Crypticity at 3:37 pm No comments:

Posted by Crypticity at 2:59 am No comments: 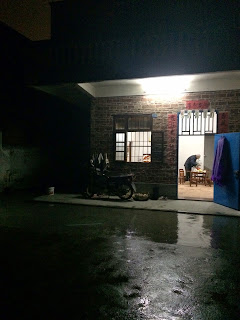 Am I a difficult subordinate? As a manager myself, it's an interesting matter to consider. We are the managed and those that manage. We can, at times, see ourselves perhaps in those that we manage. Getting down to specifics, I played the hardest line I've ever played last appraisal, either rightly or wrongly.

Appraisals should be six monthly but during my mid-contract appraisal period I changed manager twice and I only noticed at the 10 month mark I'd missed one. It's not really for a subordinate to ask for one. As a manager I'd be appalled to miss one. I let them know but didn't mind waiting for my year-end appraisal. But then my current manager didn't act when I reminded him at year end. And it really did come down to me pushing very hard to make sure I was appraised. I should point out that without appraisal I don't have a new contract and that is necessary for a visa renewal.

My company works with a matrix management system, where technically I have two line managers. One manager is the regional academic manager - a westerner -supervising the education managers in two cities, about 8 people; the other is my centre manager - a Chinese manager - who due to resignations and closures was handling three centres, and constantly short of time. Both were not competent communicators whose weaknesses are exacerbated by workload stress.

Prior to my appraisal I was scathing of the regional manager in his annual review. Even with only eight people to manage, I'd only dealt with him in a one on one basis three times in a year. He had a good heart though - he'd helped a lot when I broke my knee. The national manager on receiving my heated words in the regional manager's appraisal said he'd be down to speak to me personally (and perhaps others with similar concerns). To be honest, I don't rate him either. But he did come down and I spoke to him - and one of the issues I spoke about became policy afterwards. Perhaps I should regard him higher.

And so the year end appraisal came. I'd self-appraised myself highly, as "outstanding". (I myself didn't necessary regard the quality of my work that way, but I was annoyed and wanted to see if they'd challenge it; they did.) They talked through each grading. Every time they knocked me down from my own scoring, they didn't raise any specific example. Even at times the regional manager would fluff around with some case but couldn't say when or what the example was. It'd be like:
"There was that time that information came late from the other centre,"
"Sorry, when was that?"
"Some time ago."
"What information exactly?"
"I can't remember but it was clear you hadn't delegated well."
My centre manager fluffed around similarly, he's barely present so whether praising or criticizing he'd hardly have an example to state convincingly. At the end of it I was rated a strong performer, which I don't necessarily disagree with. But I was supremely annoyed. I recalled I was "Outstanding" in my last appraisal and said so.
"No, you weren't; I checked," I was told, and perhaps I knew that somewhere. I quickly remembered my bonus on the payroll wasn't an Outstanding one. But then I recalled at my last appraisal I remembered seeing "outstanding" on the screen. My wife remembers me coming home and saying I was outstanding. But then I checked my email back 12 months: it said Strong Performer, but with just one grading short of Outstanding. Suddenly I thought I might have been tricked a year ago, albeit by a different two managers.
Either way, at that moment I sat and stared the kind of stare that erodes calcium from bones. They sat there uncomfortably. They said that they'd discuss my package and speak to me shortly.

I went back to the office angry, and tried to distract myself till I was called into a room. The regional manager took me into a room and showed me the package and let me know he had discretionarily given me a double raise of my base salary on top of my performance bonus (the money which is based on the "strong performer" rating). I'm not sure if this discretion was based in that icy stare, or whether it was always coming to me. I, rightly or wrongly, gave him a piece if my mind regarding the seemingly basisless grading and how demotivating it was to hear my manager arbitrarily rating me without a clearly stated basis.

Oddly, the centre manager also wanted to speak to me one on one, too. I respected him a bit more for it. I'd do it if I were him. If someone were affronted by an appraisal, it'd be brave to speak to the person again. He told me that he is a demanding manager and sets high goals for himself and those he manages. I reiterated that he needs to be specific in appraisals, or else they're counter-productive.

That was a month or so ago, interestingly I met with my regional manager, one on one, just last week. He had good news: I was going to be paid for managing two centres. This goes back to my chat with the national manager. I'd complained about a lot of things but two things were that (1) another manager and I were managing two centres but were told by our managers we were managing one and supporting another (affecting our workload but not our pay); and (2) we hardly met with the regional manager. My squeaky-wheelness "paid off" monetarily and in terms of face time. I'm happy.

Appraisals are thorny and are thornier the more you think they're thorny. I'm appraising three of my subordinates now and will appraise another five in the next month. One out the three could potentially be combative. The more combative, the more I trawl my inbox for situations related concretely to that person.

Since my last blog, I've moved to a bigger centre while managing my previous centre as it winds down to closure. I effectively managed 17 teachers for about a month, but this will go down as my previous centre's teachers are transferred out approaching the centre's closure. It's been quite invigorating to be at a new centre; ironically, it is actually my first centre, where I began as an entry level teacher. I've been able to be managerially creative and done things I couldn't have contemplated at my smaller centre.

I blog as China approaches winter. The days are gloomier and the weather for a short time is cooler and wetter. I look forward to a fertile time of development.
Posted by Crypticity at 2:16 am No comments: