Beached in the middle

Every country has its intergenerational cultural politics. It's in families. It's in towns and cities. In some ways it's very understandable: the world has changed rapidly and the more conservative part of the older generation are, well, conservative. There were two media moments this year when I particularly felt that and a coming mayoral election chat, all of which I felt revolved around a particular media personality: Mike Hosking.

When he first emerged at least into my consciousness, I thought he was pretty creative and quick. But I had low standards: he did an interview with Moby in the backseat of a car, driving laps in a parking building. I don't know what eco-friendly Moby thought of the idea but at least it was something different. He has since filled the shoes of a Paul Holmes, both a trend-setter and cheerleader for "Middle New Zealand", sometimes in the face of their own interests.

My mother is one of those. She has no time for our outgoing mayor, Len Brown, because of his increases in rates. She isn't a direct rate-payer (or even indirect payer of rates for that matter). Rates are one of the sources of funds for a lot of the overdue improvements in the transportation system in Auckland. And until recently, unofficially one of the few small brakes on home ownership, "taxing" those who've gained the most of the surging housing market. Baby booming Middle New Zealand felt the ironic squeeze of their huge balance asset based wealth and the increased expenditure on rates. Hosking thus regularly attacked Len and the ever-increasing rates he imposed. I don't blame my mother for following along. It's human nature to an extent. Hosking is source of generally compatible views. It's probably also why people in the States like Trump.

The first media moment that I experienced post-return was the interesting social experiment which was the Awaroa Inlet auction and the crowd-funding attempt to keep it public. I didn't contribute (I might have if I had a credit card and made it a priority) but I thought it admirable. It was ultimately successful with the Government ensuring the bid got over the line. Hosking wasn't impressed and mocked the people who contributed saying they were essentially offering to pay extra tax as it should have been paid by the Government in the first place. But the Department of Conservation didn't have the budget to buy it and buying in a private auction wasn't going to be easy even if it did. The Hosking response was so cynical about people power and about paying tax for that matter: "Less than 1% of us actually donated, 99% didn't, so the hype that this was a nation banding together was never real," he said. This is true for a lot of charitable causes, though. And not contributing doesn't indicate a lack of support or desire. I'm glad with the government coming to the party that the original crowd-funding effectively shaped the use of the Hosking's tax payments. 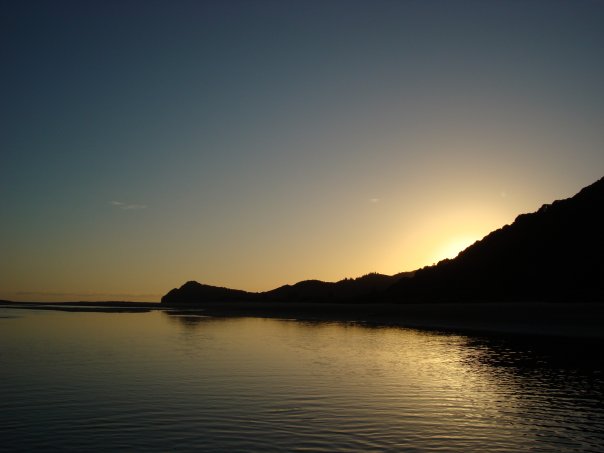 I've been one to Awaroa inlet. He made the point that most who contributed would probably never get there to appreciate it. It's probably true but not the point.

The second piece was more recent and earned Hosking the honour of official complaints. There was an item on Seven Sharp about Andrew Judd, the outgoing mayor of New Plymouth. He was leaving because he felt bullied and threatened after he began to support and put efforts into getting a Maori seat on the council. Judd had said how only after he became mayor he'd become aware of the history of the region, of Parihaka, of Waitara, and how he'd suddenly realised that Maori hadn't had a fair go and needed representation on the council. And it was then that he realised the strength of racism against Maori as he felt the heat of resistance. He was spat on in the street.

It's disappointing that he stepping away from the battle of ideas. But his stepping down was news and certainly drew more light to it. Is New Plymouth in particular racist, or is it just reflecting the general national sentiment? It's a good question. Hosking only thought to editorialise the proposal of the Maori seat saying Judd was completely out of touch with Middle New Zealand and that if Maori wanted to be on the council they just need to stand for election like everyone else. Someone complained this was racist. I'd say it just begs the question. Under the current set-up, Maori would need to be elected to be on the council. But that doesn't mean it's right. Judd may be out of touch with this spitting Middle New Zealand, but he is wrong. In sterner times, opposing slavery and later segregation were both not what the middle society supported, but they were still done because they were right.

One thing that is awfully true in this cyber day and age is the increasingly tribal echo-chamber where people get their media, news and information. The left get their news from one set of sources. The right gets there's from another. Facebook makes sure you see news from like-minded sources. And Youtube cookies make sure the videos you see are in line with your preferences. The complaint against Hosking may have been laid because of TVNZ being a national broadcaster and the state has many annoying Treaty-related understandings and obligations that are surely out of touch with Middle New Zealand, too. Our national voice shouldn't be dominated by someone who doesn't represent just a portion of the population but can be inclusive of it all.
Posted by Crypticity at 9:28 pm No comments:

Dominion Road is bending
Under its own weight, shining like a strip
Cut from a sheet metal plate
'Cause it's just been raining

The home strip. The main drag. The road to home and the launch-pad to the Moon. Dominion road has had the same significance to me as Jiangnan Xi in Guangzhou or Hobsonville Road in, well, Hobsonville, or dare I say it, Goudie Road in Helensville. Dominion Road is unique in Auckland for being so straight, it's a wonder it's congested so easily. It has delightfully had a song sung about it. 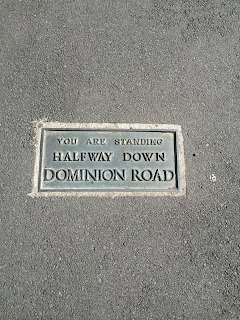 Beyond the time and familiarity I have with Dominion Road, there's also the cultural connection that makes it a warm place for me: It really is Auckland's equivalent of Chinatown. This in itself was a development. When I started university if you had to name a place of Chinese settlement most would say Howick (AKA Chowick) in a heartbeat. But the first year of my university also marked the opening of the floodgates of Mainland migration to Auckland. Howick was the one of the natural destinations for Hong Kong, Macanese and Taiwanese migrants, but Mt Roskill and Mt Albert became the place for the formerly those who Deng Xiaoping was a fairly recent memory. And their restaurants flourished. Unlike the "safe", perhaps localised, cuisine of the earlier Chinese restaurants, these ones pitched their food for Chinese culinary sensibilities. As a result, coming back from Guangzhou so freshly I can vouch for it being pretty authentic. Also unlike earlier restaurants, many stick to their regional guns, too. So instead of the same variety of regional dishes, you'd have some that go deeply into the repertoire for a particular province. I melted as I devoured fried soup buns the other day, the kind that I don't even see much in Guangzhou. They're a specialty of Hangzhou and the surrounding eastern cities. Not that it's just Chinese food. My favourite western restaurants of Tasca and Cazador are always there for me to peer into, too.

But it's getting better now
He found it in him to forgive
He walked the city
And he found a place to live
In a halfway house
Halfway down Dominion Road
And it must be said, that the halfway house of the song is likely to be fictional, or perhaps dating from another era. Not that you can't imagine it being there, a place to the unfortunate, a place to get back on the straight and simple. It might be unfortunate that the sound of "dominion" were close to the sounds of misfortune, daomei, in Chinese. It's thus widely called Daomei Lu (Misfortune Street) by students at my school. I remember the news on my arrival back in New Zealand that the council chose not to give it an official Chinese name Duomei Lu (Street of Much Beauty, perhaps Splendour Street).
As he watched Jane's brother sell the house
He felt no sense of loss
More like a mountain climber
Looking back having made it across
The steepest face

The way I pay tribute to it is with walking and running. And running is something I've managed to slowly get back into. The tendonitis that began in late September 2015 is only just disappearing in May 2016. At my physio, on Dominion Road of course, I learned the Way of the Inflamed Heel, which is namely to build up its strength and work it with more and more intensity. You work the inflammation out, as counter-intuitive as that sounded. The funny thing is that now that I'm running longer (12 kilometres being my longest) it's not the heel that's the problem but all the other parts of my leg that are scrambling to get used to the impact running brings. They're taking turns one by one to report back into action, while the apparently chronically injured one says nothing of pounding the pavement until a day later while I'm sitting in the office.

I hope that I keep pounding the street both in running and walking and celebrate a road that changes.

Posted by Crypticity at 5:36 pm No comments: